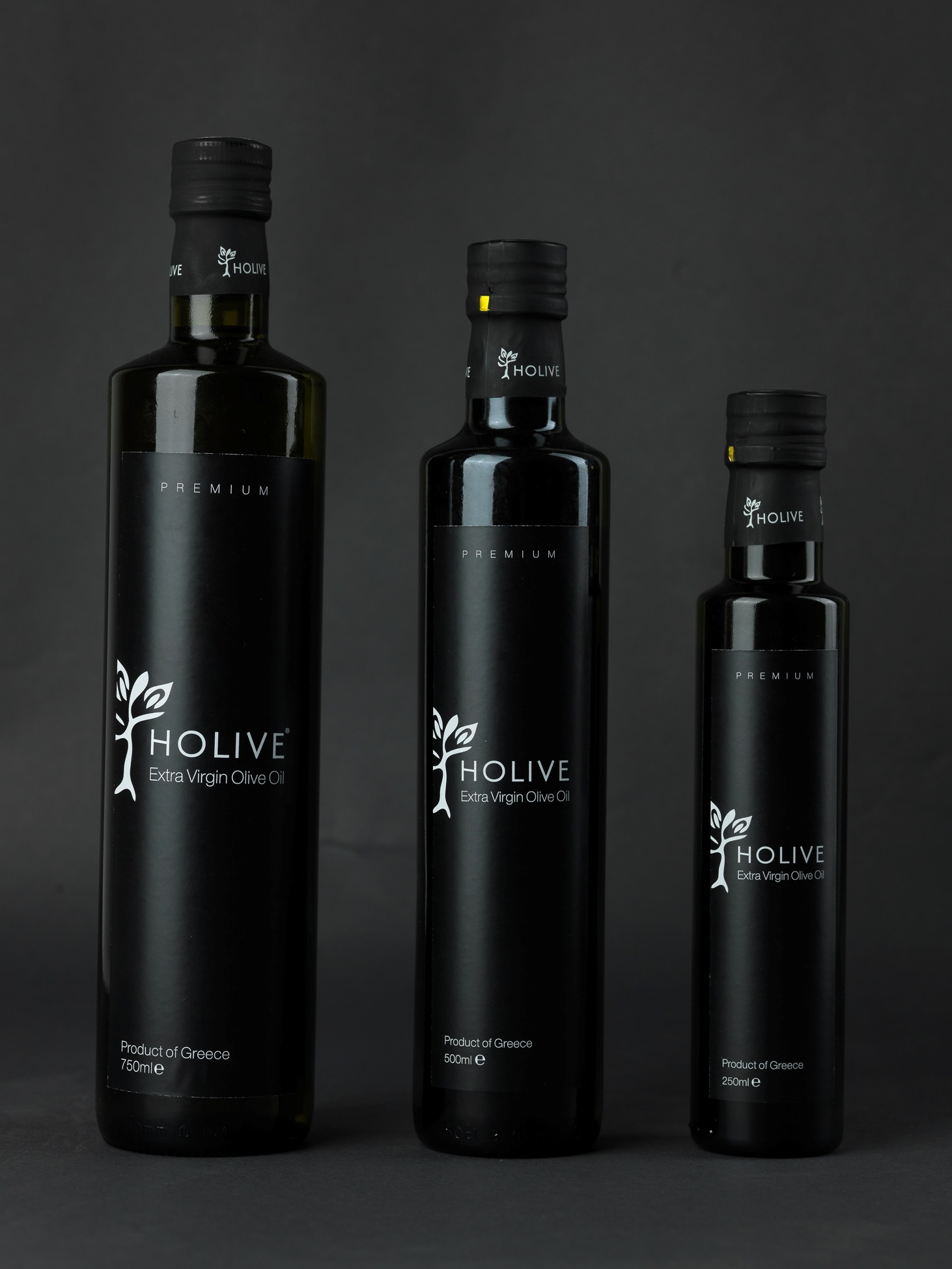 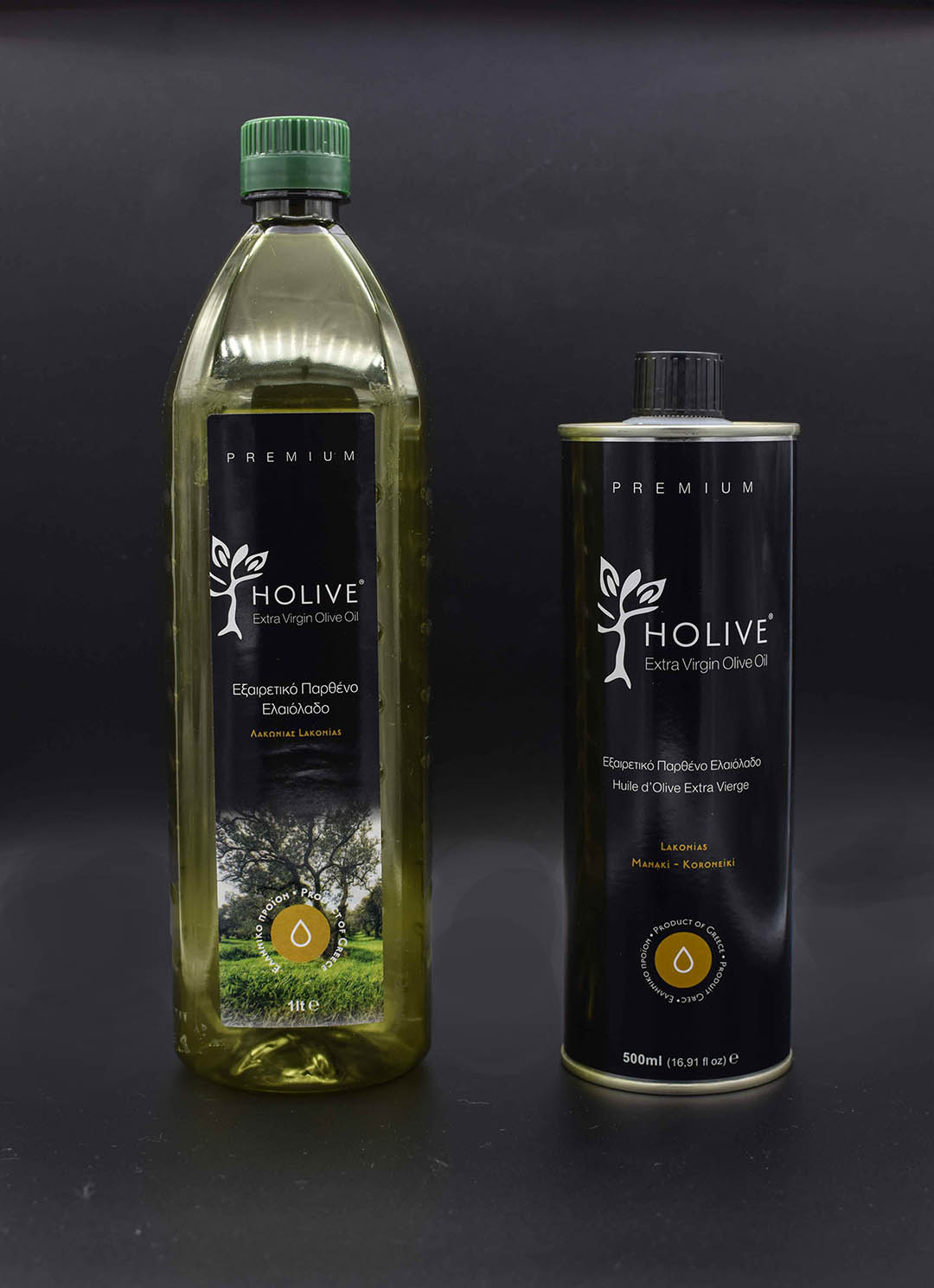 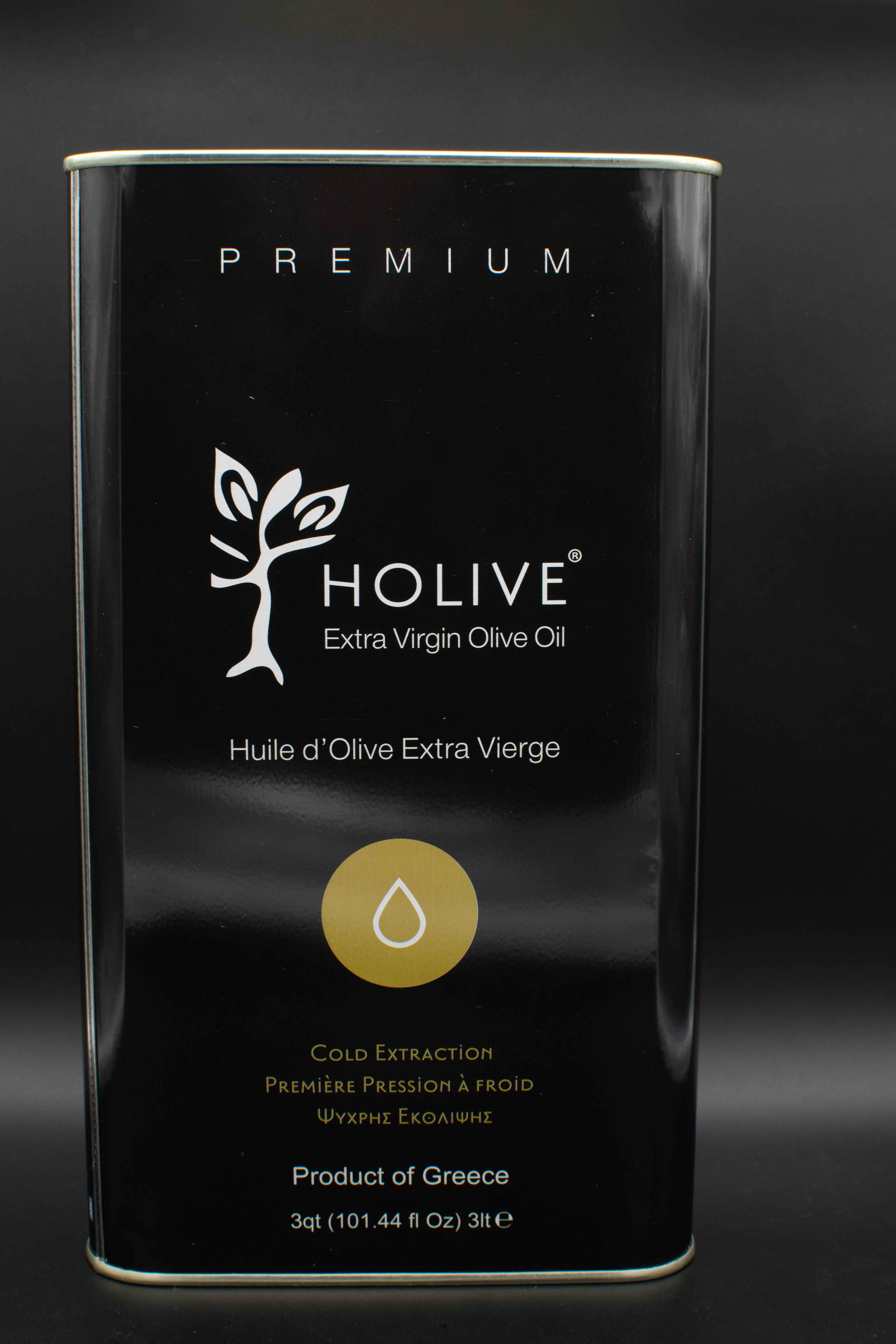 Our Extra Virgin Olive Oil must be extracted entirely by mechanical means and under the standards for the cold extraction. Besides the continued control of the conditions that the production follows we make additional chemical analysis to testify the quality characteristics by the official laboratories that we cooperate.

Olive Oil is the key component of the Mediterranean diet.  It offers not only fruity bitter tastes that can elevate all kinds of dishes but also many proven benefits to human health. It is considered a product of a high nutritional value mainly due to its content of monounsaturated fats.

The greatest advantage of the Greek Olive Oil is its Superior Quality and this is because:

How to store olive oil

The flavor, aroma and all of the nutritional elements of olive oil can remain stable, if you follow some simple storage guidelines.   Light, oxygen and high heat should be avoided.

Ways of use and recipes

Olive oil has been used for thousands of years in cooking especially in the healthy Mediterranean diet. It is very versatile and, with its unique flavor and aroma, has become a must-have in every kitchen. Olive oil can be used for sautéing, browning, stir-frying, deep frying, as an ingredient in marinades and sauces such as mayonnaise, pesto, or romesco. It can be used uncooked in fresh salads and as a condiment, drizzled over various dishes. It is appropriate to use it in any kind of food as meat, fish and vegetables.

It is appreciable in taste to apply olive oil on a toasted piece of country bread then adding thinks as a crumbled feta cheese and in a small cut pieces fresh tomato or garlic with basil or just simply olive oil with a small dose of salt and oregano will uplift the taste off the slice of bread. Just use your imagination and you will find a big variety of combinations.

Extra Virgin Olive Oil has been studied by several scientists who have reached the conclusion that it is a kind of food essential to human health and well being.

THE STUDY OF THE 7 COUNTRIES

This study began shortly before 1960 by the American Ancel Keys and his associates on the occasion of the impressively low mortality rates and cardiovascular diseases that were observed in the area of Crete.

What Ancel Keys and his associates studied was the particular eating habits that characterized this region in order to explain the lower incidence of coronary heart disease and cancer and also the low all-cause mortality compared to the other selected countries under investigation. According to UN figures no other region of the Mediterranean has had such low levels of mortality as Crete, both before and after, the World War II.

The study involved a total of about 13,000 men, who were selected from sixteen different areas of seven countries (Finland, the Netherlands, Japan, United States, Italy, Yugoslavia and Greece) in order to explore the ambiguous relationship between diet and cardiovascular diseases.

The comparisons between different populations showed that the population of Crete had a better health status and lower mortality rates of coronary heart disease and cancer, compared to all other populations studied.

After 20 years of observation, Cretans had smaller percentages of all-cause deaths, while after 25 years of monitoring deaths from coronary heart disease in Crete, it was concluded that they were dramatically fewer than the deaths observed in populations of the United States and Northern Europe but even compared to deaths observed in other parts of southern Europe, such as Italy, Yugoslavia and Japan.

After the study of the 7 countries, the French researchers Serge Renaud and Michel de Longeril conducted the “Lyon Heart Study” which showed that administration of Cretan-type diet in patients who had suffered acute myocardial infarction reduced the rate of death within 27 months after the episode by 70 %, compared to administration of the diet recommended by the American Heart Association. Furthermore, after 4 years the Cretan formula diet was associated with a decrease in the percentage of all deaths by 56% and a decrease in the incidences of cancer by 61%.

This particular study, which was conducted in 2006, presented proven evidence of the protective role of phenolic compounds of olive oil. The participants of the study, 200 healthy volunteers from all over Europe, took part in several experiments which were conducted by scientists for the sake of the study. The results of the experiments showed that daily consumption of 25 ml of olive oil rich in phenolic compounds (Virgin Olive Oil) resulted in protection against oxidative stress. Specifically, after three months of Virgin Olive Oil consumption, scientists observed an increase in HDL levels (good cholesterol) and a decrease in lipid rates of oxidative stress. Moreover, the same study showed a decrease in rates of DNA oxidation at a range of 13% - a rate comparable to the results observed after quitting smoking.